On Tuesday, June 19, 2018, the SWM Team was scheduled to leave from Ft. Lauderdale to Port au Prince, Haiti, however, after desperately trying to make the flight, only two were able to fly.  The flight into Port au Prince was uneventful, however landing we received an unwelcome welcome at Immigration.  Now, as a result of the treatment of those being stopped at the U.S. border, we now have to wait on a long line, gone was the preferential treatment we had grown used to as Americans traveling to Haiti.  Different.  We as Americans are so used to being treated as special, we are in for a different ride.  The world is viewing us from an unsympathetic, unapologetic, unadmirable point of view.

After gathering our luggage and finding Pastor Vincent, we were off to the Haitian Bible Society to pick up the 100 Bibles that were purchased through donations made to SWM and earmarked for G.E.P.E. (which is the group of 200 evangelists on fire for the Lord).  It took us a good while finding the Bible Society because it had moved and never changed the address details on the bill, letterhead, etc.  Starting from where they used to be, to the place it supposedly moved to,   which when we got there it wasn’t there.  Pastor Vincent and his son Abel, start asking people where the Bible Society was and again we were sent to another location and it wasn’t there, however,  they pointed us to yet another location which it was there.  Finally!  As we arrived the custodian was locking the gate, as Pastor Vincent approached and explained our plight, the gate opened and we eventually went in, met with Madam Mirett F. St. Louis, the Administrator, who said she was supposed to have left at 3, it was now after 4.  God had blessed us by allowing us to pick up the 5 boxes of Bibles and make a friend in the Gospel!!

After picking up the Bibles we went to the Good Samaritan Foundation in Cite du Soleil and was able to tour the rest of the compound.  There was a sewing school that had been operational but was currently out of commission.  There were beautiful Finger Sewing sewing machines which needed repair and while we were there was repaired.  SWM also contributed 5 modern sewing machines and a serger with the goal that by the end of the conference the Sewing School would be open and ready to go. 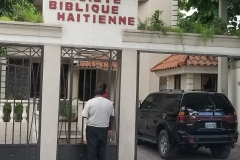 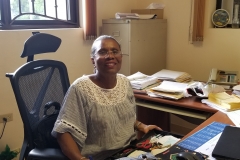 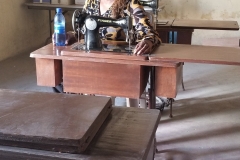 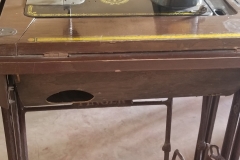 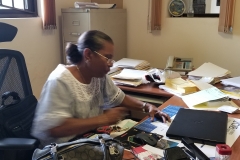 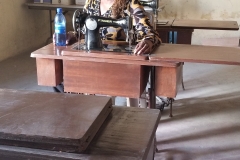 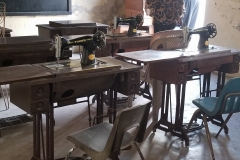 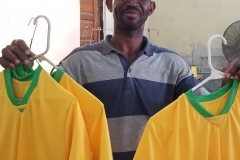 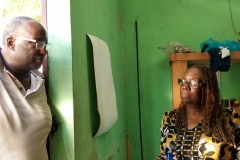